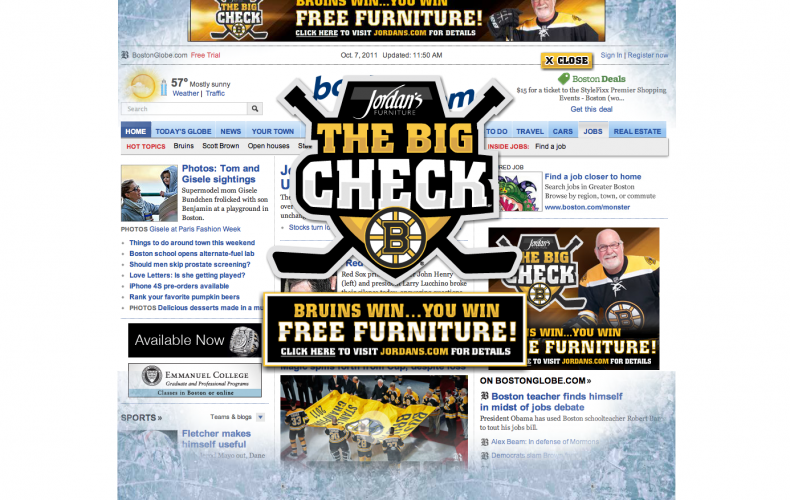 Walk Design was selected by Jackrabbit Design to help create a logo for Jordan’s Furniture in Boston. The logo is called “The Big Check” and it is for a promotion with the Boston Bruins that if anyone buys furniture from their store throughout the season and the Bruins win the Stanley Cup again, they get there furniture for free! It’s a really exciting promotion and we were honored to be apart of it. Living in the New England and having access to the Bruins it has been great to see how much publicity the campaign and logo has received so far. They even had a complete takeover of the Boston.com homepage to kickstart the campaign! Another great part of the campaign was wrapping a Zamboni (the popular ice resurfacer) with the logo and having it on the ice at the Boston Garden.

Take a look at some of the logo applications below: 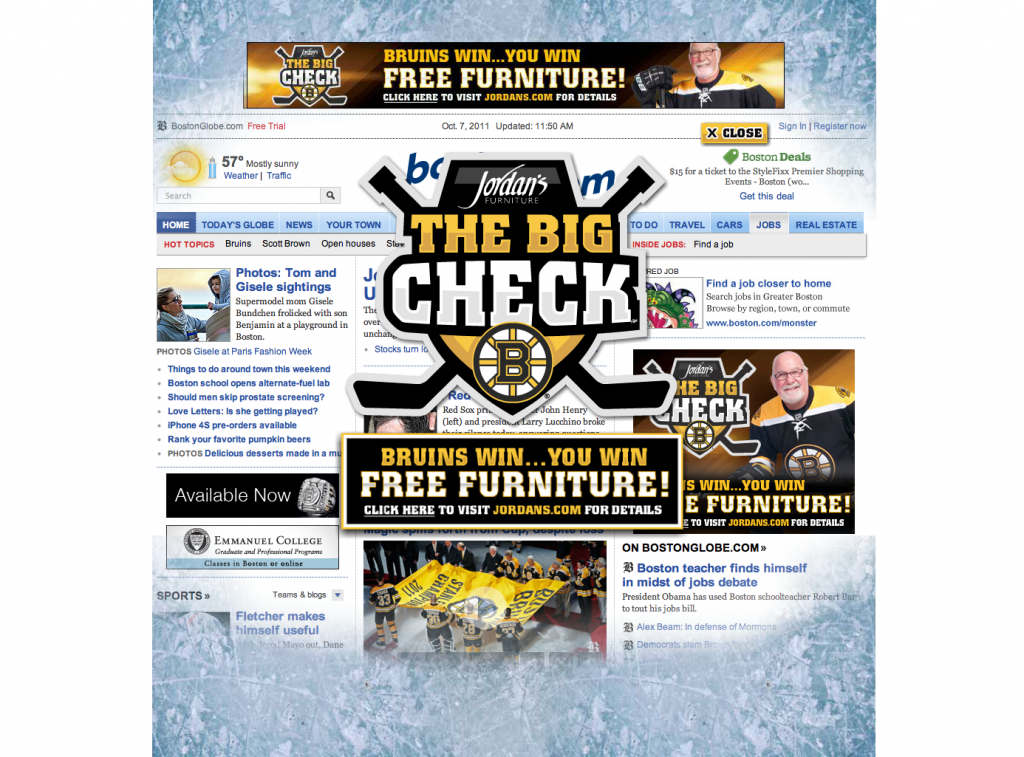