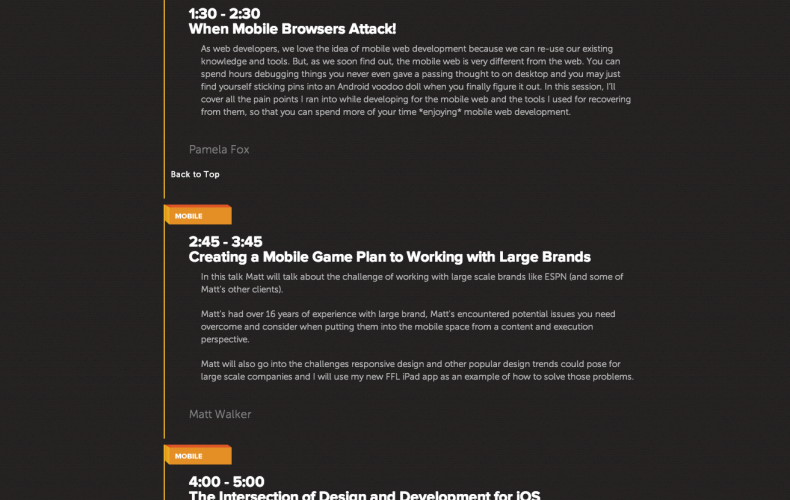 Make sure to make plans to get to Atlanta, GA this October to catch me in my first ever appearance as a speaker discussing my thoughts on Mobile Design. The conference runs from October 19th-20th and I am scheduled to speak on Saturday the 20th. If you’re lucky I may just freeze up completely which would be worth the price of Registration itself.

What Is Remix South?